The American civic poet… strives not only to speak to us with vigor and sympathy in our common language, but also to reveal how crucial that language is to our struggles and hopes as citizens. Pinsky is our finest living specimen of this sadly rare breed, and the poems of “Gulf Music” are among the best examples we have of poetry’s ability to illuminate not only who we are as humans, but who we are — and can be — as a nation.”

Galactic broth visible light-years away
Brews the first suns. Familial, I feel
I know these lights. I see their pre-biotic
Geometries of purpose the way I impose

The full poem can be found here.

The full essay can be found here.

Ron Slate reviews Jersey Breaks in On The Seawall

“Jersey Breaks is largely about insisting on having things your own way and getting away with it. Such was the example set by grandfather Dave Pinsky, Prohibition bootlegger, then bar proprietor. Young Robert was a mediocre student, or rather, he was an avid reader who spurned the orthodoxies of schooling.”

—Ron Slate, On The Seawall

BU Today: Pinsky Traces His Journey to Becoming a Poet

“I work to produce not marks on paper but something more like a song or a monologue, or both,” Pinsky writes.
“It is hard to imagine anyone who has done more to champion poetry than Robert Pinsky. The author of 10 collections of poems—including the Pulitzer Prize–nominated The Figured Wheel: New and Collected Poems, 1966-1996—Pinsky has edited anthologies, written more than a half-dozen prose books about poetry, and translated Dante’s Inferno and the poems of Czesław Miłosz. As director of BU’s Creative Writing Program, he has helped launch the careers of many of the country’s most accomplished young contemporary poets.” –John O’Rourke, BU Today
Read the BU Today article here. 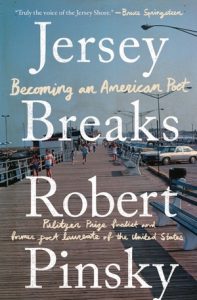 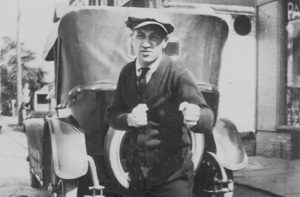 “Given my background, a dear friend recently asked me, How is it that I became a poet rather than a criminal or an optometrist?

I could quibble. My father, Milford Pinsky, was an optician, not an optometrist. (A common mistake.) And it’s true that his father, Dave Pinsky, was a criminal. But as my aunt Thelma used to say, her pop was in the liquor business, and it happened to be during Prohibition. That was the era when Dave, my Zaydee Pop, as I called him, pursued the liquor business in our hometown, Long Branch, New Jersey.” 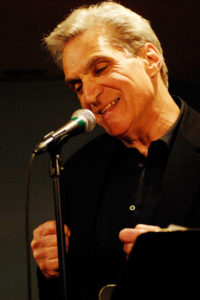 Robert Pinsky will read from his new autobiography at the Hammer Museum in LA.

Join Robert Pinsky at Georgia Tech in a live-streamed reading with Jane Hirshfield.

Robert Pinsky discusses the nature of poetry and its origins in sound and language as a part of the 2021 Istanbul Poetry Festival (June, 2021).